Swings # 6 : The ocean, the primary regulator of the climate

The circulation of ocean waters is essential to the equilibrium of the climate of our blue planet. Currents and water masses exchange with the atmosphere. Modeling this fluid mechanics provides a dynamic map of the Earth's flows: a valuable numerical projection for deciphering the ocean's role in climate change.

Waves, abysses, winds, sandy beaches... these words make us think directly of the ocean and vacations. But did you know that the ocean is the main regulator of the climate thanks to fluid mechanics? The interactions between air masses in the atmosphere and marine water masses attract the attention of scientists. If oceanic and atmospheric circulation did not exist, the equator and the poles would be out of equilibrium. Indeed, the equator is more irradiated by the sun than the pole, and vice versa. As a result, the Earth would still be receiving too much energy at the equator and losing a lot of energy at the pole. To stabilize this balance, a transfer of heat from the equator to the poles is essential. This is the role of the oceans and more particularly that of its water masses and currents.

Not too hot, not too cold, with a little of salt

A perpetual exchange between the atmosphere and water is one of the main sources of generation of water masses and currents. The latter are formed thanks to atmospheric dynamics (winds and pressure), under the constraint of topographical barriers. Water masses are formed at the surface by being heated by the sun's rays, by being in contact with the air above, which may be warmer or colder, by being mixed with water from rains, rivers, or through evaporation... If the water at the surface becomes denser and therefore heavier than the water at depth, because for example the surface water has cooled down due to a lower air temperature, then it "sinks" to the bottom, creating a new water mass. Another phenomenon that creates water masses is changes in salinity.

« High evaporation due to very warm air makes the surface water very salty and heavy, which encourages it to sink to the bottom »

explains Julie Deshayes, CNRS researcher in charge of modeling for the SWINGS mission, from the Oceanography and Climate Laboratory (LOCEAN).

Two other phenomena contribute to modifying the quantity of salt in water masses: the sea ice, which releases salt when it freezes, and the melting of continental ice.

Another ecological consequence of these masses of water is that by "sinking" they take with them to the bottom the atmospheric gases they were carrying on the surface, especially carbon dioxide.

Interactions between water masses are very slow. They acquire their main properties at the surface of the oceans (temperature, salinity, biogeochemical composition) and then retain them while circulating at depth in all oceans, for long months or even decades. Oceanographers therefore have time to identify and "name" them. To differentiate all these water masses, specialists give them a name. One of the most common water masses is the North Atlanctic Deep Water (NADW). Described in the northern depths of the Atlantic Ocean, it is found in all oceans; as is the case with Antarctic Bottom Water, which forms around Antarctica and lines the ocean bottom - as its name suggests. The names of bodies of water therefore correspond to very specific characteristics. Julie Deshayes compares them to a pancake cake :

« We can see the ocean as a pancake cake : each pancake and each layer of cream in between are a different water mass. Just that it would be easier if they were on top of each other as in the cake. »

Models that are becoming more and more reliable and accurate, but "groping around".

Just like atmospheric circulation, oceanic circulation is modeled. Scientists have a kind of dynamic digital map that describes the major currents, the main water masses and their circulation. The map is based on fluid mechanics equations and mathematical formulas that are being refined and perfected thanks to the samples and analyses made on board the RV Marion Dufresne. The data for each mass of water and each current are verified, enriched and/or adjusted.

On board, the rosette equipped with CTD (Conductivity Temperature Depth) sensors continuously measure the temperature and salinity of the water. Scientists must always double-check the data collected, as miscalibration is possible. For this purpose, samples for measuring salinity and oxygen are also taken from the bottles mounted on the rosettes.

Other tools, other measurements, those of the currents. An ADCP (Acoustic Doppler Current Profiler) is placed on the rosette and on the vessel's hull. This tool sends acoustic waves into the water that will reflect and return to the boat. Depending on the deformation of the acoustic wave and the time of its return, the speed of the currents is estimated.

Finally, in the SWINGS context, a number of tracers will help to identify and track water masses, their transport, their mixture, such as isotopes of neodymium, radium, lead, carbon... (see article SWINGS #1). The measurements of these biogeochemical tracers are of great help to estimate the diffusion coefficient of climate and water mass circulation models. These tracers studied by Catherine Jeandel and Hélène Planquette have a long lifetime, which allows to further highlight the contrasts between trace element inhabited and abandoned areas. It is the distribution of an element in a specific area that makes it possible to determine the amplitude of this diffusion phenomenon, which is difficult to quantify otherwise.

Hello the land here the ocean

But before making these observations, an estimation of the data values is possible thanks to oceanic analyses delivered "routinely" by the Copernicus Marine Services (CMEMS). The ocean is permanently analysed using Argo floats. These are 2-meter high and 80-centimeter wide, autonomous cylinders with a lifespan of 3 to 5 years. These floats are deployed in the ocean. They first descend to a depth of 1000 meters and subsequently are carried away by the currents. In a second time, after about ten days, they go down again to 2000 meters to finally come to the surface. Throughout this operation, equipped with CTD sensors, they also measure temperature and salinity. Once at the surface, these data are sent by satellite to the oceanography laboratory in Villefrance-sur-mer, France. Then they dive again for a new trip and a new cycle. Currently, there are more than 10,000 floats in the oceans. These data, along with satellite observations of the sea surface, are then fed into a model that describes the state of the sea (temperature, salinity, currents, surface and depth) in real time and for the next few days, similar to a weather forecasts. The analysis of these products allows Julie Deshayes to guide Catherine Jeandel and Hélène Planquette to correctly locate their samplings.

Then, and after analysis of the observations made on board the Marion Dufresne, a new modeling will be carried out to test the value of the parameter of diffusion of a chemical element, the possible geothermal sources in depth ...

« We're going to make a first try with our model, with default values for this diffusion coefficient. Then we'll see if the distribution map we get is correct. If it is not, we change the values. Again, we look if we find matching results. We go "by groping".  This is how we deduce the diffusion and distribution value that we have to put in the model. »

As you will have understood, mutual aid and total trust between colleagues are essential to successfully complete this oceanic mission.

I did a master's degree in Coastal Engineering at the University of Perpignan in France and then worked for twelve years at the Centre de Recherche en Environnements Côtiers in Caen in France. Then, in 2013, I was recruited by the CNRS. I am in charge of the Oceanographic Instrument Pool.

When I arrived at the Oceanographic Instrument Pool, I had to join a team recognized for its expertise. For me, the challenge was to maintain the efficiency of the service and to make it more competent.

I'm one of the people in charge of the scientific equipment. With another colleague from the department, Fabien Perault, also on board, we ensure the deployment and proper operation of all the equipment (CTD-rosettes, fish, in situ pumps).

There is day and night work. During the day, we participate in taking measurements and samples. At night, we repair and refurbish the scientific equipment. We must be able to respond at any time. These are long days!

The scientists on board are people with whom we have already worked and with whom we get along well. We have a lot of exchanges with them. They involve the technical staff in the scientific research, and that's important for motivation.  Then there is the Southern Ocean. The power of the elements is something that puts you in the right place. Seeing this ocean in the middle of a storm fills you with humility.

What do you do to escape on board ?

It is a very long and intense cruise. To think about something else, you need a good library.

What books did you take with you ?

I took books that were not too complicated. Lots of thrillers and the complete works of Pierre Desproges, because you have to have a good laugh !

The end of the mission is approaching, only two weeks away. It's time to photograph even more landscapes, each one more beautiful than the other. Sunsets, penguins, petrels, albatrosses... jostle each other in front of the lens.

Swings # 6 : The ocean, the primary regulator of the climate 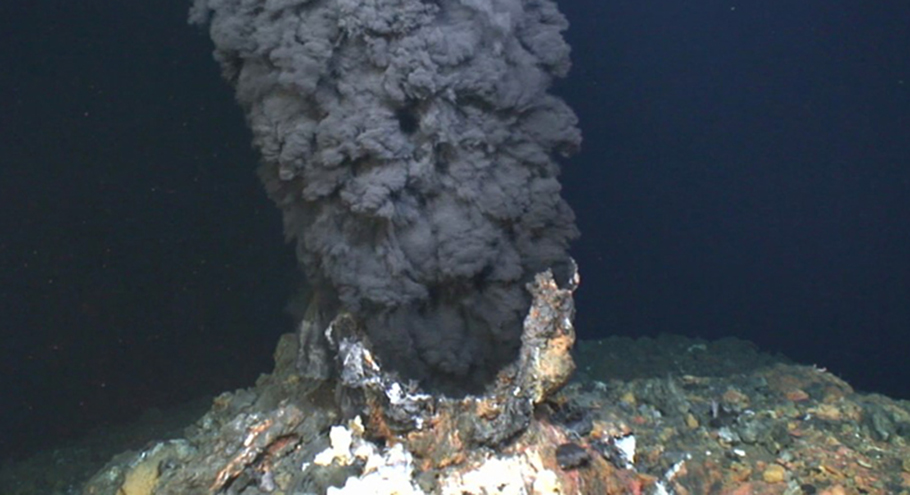 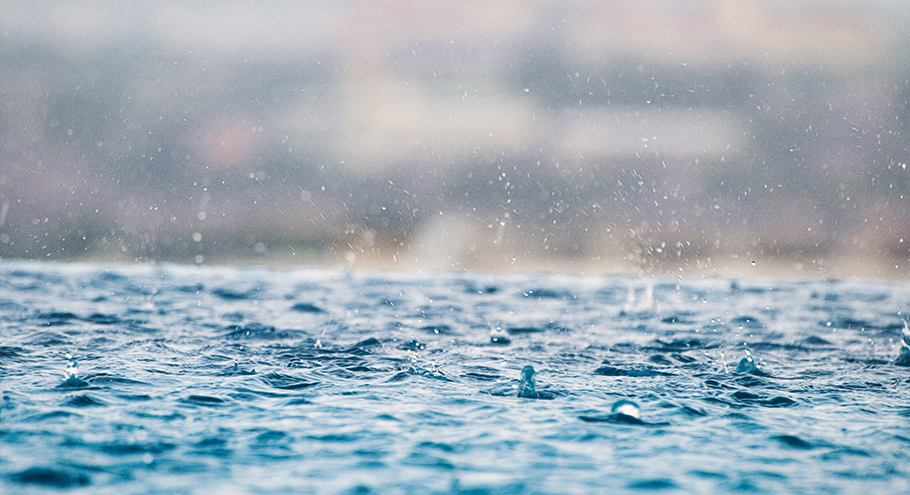 Swings #4 : Between sky and sea, a story of dust
chimie climat environnement océans 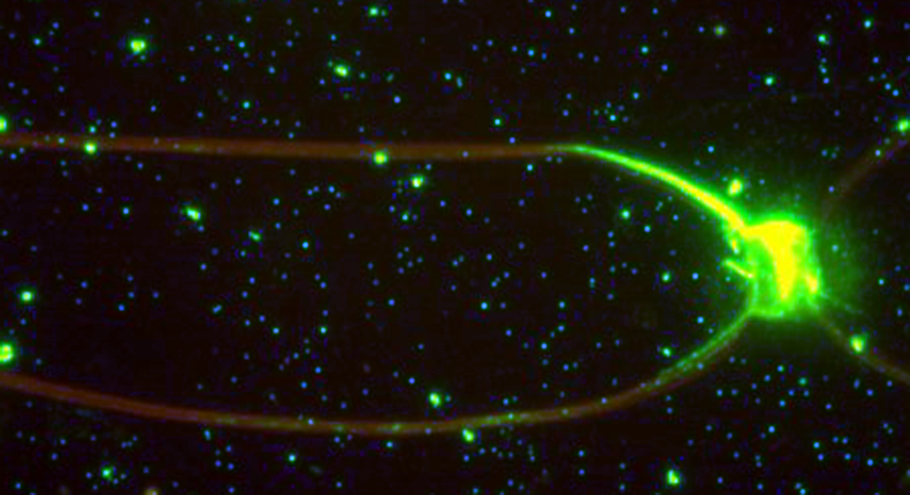